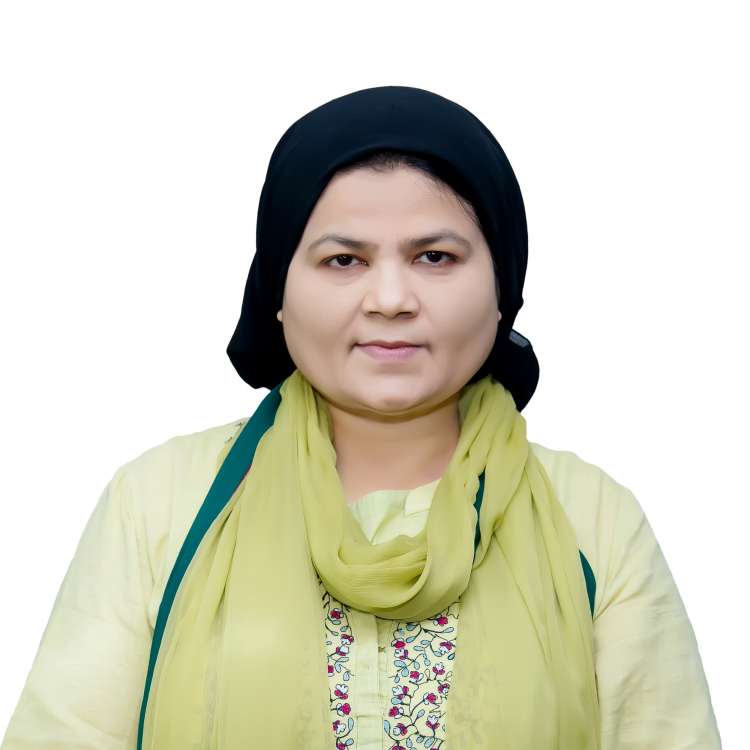 Humaira Azam has been appointed as the new Managing Director & Chief Executive Officer of Trust Bank Limited by breaking another 'Glass Ceiling' as her latest appointment happens to be the first-ever for female banker in the commercial banking industry of Bangladesh in 50 years.

Prior to her new role, she has served Trust Bank as the Additional Managing Director & Chief Risk Officer since 2018 until the Board choose her to confer the responsibility to lead the Bank in an extremely challenging market.

Before joining TBL, Humaira Azam served Bank Asia as Deputy Managing Director and had been holding the postion of Chief Risk Officer of the bank. She was the first woman to head a private commercial financial institution in Bangladesh (Managing Director & CEO, IPDC Bangladesh from 2009 to 2012).

After completing Masters in Social Science (International Relations), Humaira Azam started her career in 1990 as a Management Trainee in ANZ Grindlays Bank. Since then she has been involved in various leadership roles entailing problem solving in a multicultural challenging environment. She directly worked with Mr. Mr. Muhammad A. (Rumee) Ali and grew the Local Corporate business in ANZ Bank as early as in 1993. She joined HSBC Bangladesh in its inception in 1996 and laid a very strong framework for Corporate Banking/ OBU, Custodian and Institutional Banking including formulation of 10 years’ strategy in Bangladesh. She helped Standard Chartered Bank (SCB) in Bangladesh in their four most critical years to cover for the shortfall in country budget through successful recovery. She was the first ever female member of the Country Management Committee (MANCO) of SCB Bangladesh. She played a critical role in the Country Strategy and restructured and broadened the role of financial institutions in SCB. She turned around IPDC, Bangladesh by restoring the capital and made significant progress in business and operational growth both in terms of quantity and quality through developing a strong deposit base, reducing dependency on banks for funding, rolling out specific policy to allow managed and sustainable credit growth including composition of branches. She built the internal framework for the systems and rolled them out along with final implementation during her tenure with Bank Asia including building a strong credit risk management (CRM) & risk management (RMD) team. Since joining in TBL, she is looking after strategy, policy roll out, risk and overall business. She has contributed significantly and participated in key decision-making processes of the bank (Strategic Planning, Capital Planning, Liquidity Planning, New Products and Services, Compensation Design & Operation

Humaira Azam has attended in a good number of professional trainings, development programmes, workshops and seminars both at home & abroad. She has been Featured in the 300 most influential women in Islamic business and finance in the world in WOMANi 2020 annual report by Cambridge IFA. Junior Chamber International (JCI) Bangladesh has presented Mrs. Azam with the 'Woman of Inspiration Award 2020' for her magnificent display of skill and irrefutable success in financial sector of Bangladesh. She was honored with “Top Women Bankers Award” by Brac Bank Limited, Bangladesh. She received “BOLD (Bangladesh Organization for Learning & Development) Women of Inspiration Awards 2017” under pinnacle career achiever sub category for her outstanding contribution in Banking. Earlier, she was awarded with “Hexagon Sales Award” by HSBC, Bangladesh for her outstanding achievement.

Humaira Azam, a scholastic & an anthophile, was born on 03 December 1964 in a respectable muslim family of Dhaka. She is happily married with Mr. Ershadul Haque Khandker and blessed with one daughter. She has successfully led and worked with different teams over the last 31 years and delivered excellent results.

OUR BANK AT A GLANCE